skip to main | skip to sidebar

Sometimes You Just Need a Good "F%&@ You" (Ruminations on Making It, Part 1)

She handed me a poem to critique. When I was teaching writing, I always tried to read my students’ work before they handed it in for a grade to give them feedback in order to improve. As my college professors said, handing students a graded paper with a ton of comments is time-consuming and helps no one. Better to get the comments to them before they write the final draft.

This girl had written a poem about being a teenager with a roller coaster as a metaphor for the teen experience, with all the ups and downs. Yeah, not that original. When I gave her feedback on how to improve, her response to me was, “But this is really what it’s like to be a teenager.” To which I probably said something like, “Yes you’re right, but this is poetry, and one of your goals is to express something in a way no one has said before (or at least not that 500 million other people have said before).” When she handed me her final poem, she hadn’t changed a word.

The best writers I ever had—be it of essays, short stories, poems, or plays—were those who appreciated feedback and applied it to their writing through the filter of their own vision. I had my fair share of kids who handed me their final draft, and it was the exact same as the working draft I had written comments on. A rare few really felt like their lack of changes were justifiable (and I always let kids sit down and explain their reasoning), though most were either just lazy or conceited.

How we as artists (or humans, really) handle critique determines where and how far we go in life. Sometimes, I am so overwhelmed by my own lack of knowledge and skill about so many things that I wish I could get a graduate degree in nine or ten areas. There are people, though, who simply cannot handle being told how to do anything better or face any kind of critique, from the minute (you really didn’t handle that situation right) to the grand (that guy you’re about to marry is a loser).

It can be hard because we all want to think the best of ourselves. Who doesn’t want to be perfect? The problem is that as writers, actors, directors, and so on, we have to face criticism in order to grow.

Of course, the critique always has to be filtered through your own vision. You don’t want to be a chicken grabbing at everything that looks like feed, gobbling it all up without consideration. In my younger and less educated days (okay, just about six years ago), I received some critique on my play. One comment a wise, older man told me was that I needed to incorporate more historical details, making reference to changes in daily living that were affecting the people. I did just that, and a few years later, I removed almost all of them because they were more of a distracter. I needed the maturity of time to realize that references of that nature weren’t required for the story.

But if you shun everything and realize your own genius before everyone else does, you’ll be hard fit to figure out why you’re not “making it” on Broadway (or anywhere).

One time I was reading a sitcom someone was writing. People sat around in a bar, telling jokes. I told the person, “It’s funny, but there’s no plot.” The response I got was, “What do you mean? There’s a plot!” I don’t think this person could even outline a plot. If you can’t handle critique, then don’t expect your talent to get anywhere. No one is born knowing everything.

My aunt used a term the one time I read a short story she wrote. She said, “Be brutal.” That’s my mantra as well when getting critique. Yes, it is nice (and important) to know what you are doing well, but facing the tough thoughts are the ones that will help you.

In my younger days, I was very open to critique, and I ate it up (and still do). But I wasn’t smart. Someone read something I wrote—and let me tell you what a rare blessing that is—and when he offered his great points of critique, I felt the need to say, essentially, “That’s really good, but please understand that, even though it was the wrong choice, it was an intentional choice.” Unfortunately, I think it came off as, “I disagree.” I later wrote a thank you letter better explaining my intentions.

A few months ago, I got a good “F%&@ you” from a New Yorker who read my work, and it was the best thing ever.

Peter Filichia once wrote a column on TheaterMania.com where he commented on how much he liked David Yazbek's work in Dirty Rotten Scoundrels but strongly criticized Yazbek’s cheating with rhymes, matching “obscene. Her” with “Orangina” and “what it’s fer” with “Bar Mitzver.” I don’t remember Yazbek’s response word for word, but he basically said, “Yeah, you’re right. They don’t rhyme.” 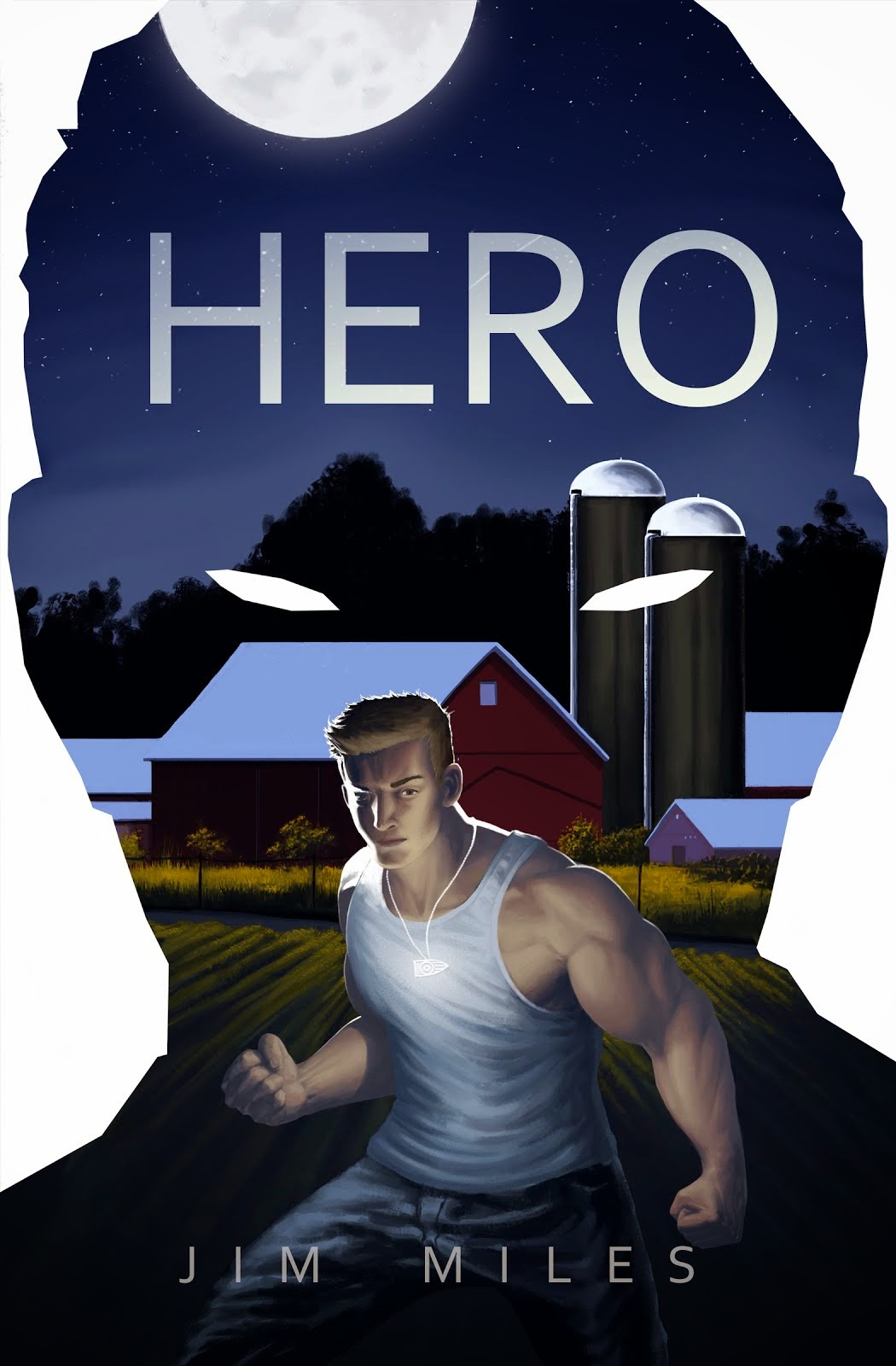 This is my novel, featuring a high school production of Frank Wildhorn and Nan Knighton's "The Scarlet Pimpernel."

Jim Miles
I am a writer, an MBA student, and a film and Broadway enthusiast. Check out my blog: thebacklot.net